usually, but not so much this March with all the snow, ice and more snow.  BUT there is definitely mud under all of that surface stuff.  I know because I step in it, slip on it and bring it into the house every time I check the coop for eggs or check the greenhouse for temperature or get more pots and trays from the garage.  The mud is there waiting patiently for the big melt, more patiently than am I.
We've been constantly planting and planning for the upcoming season. 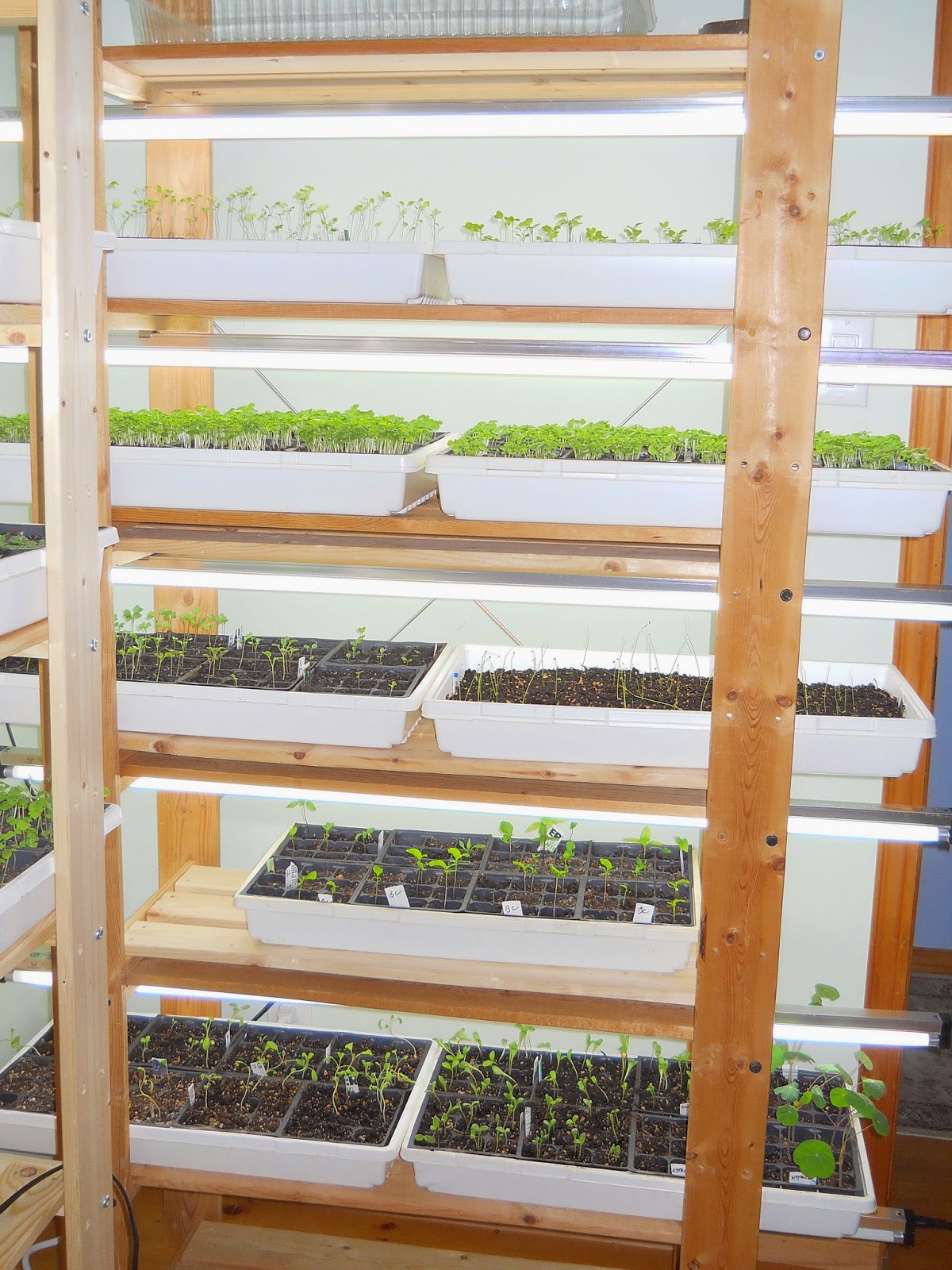 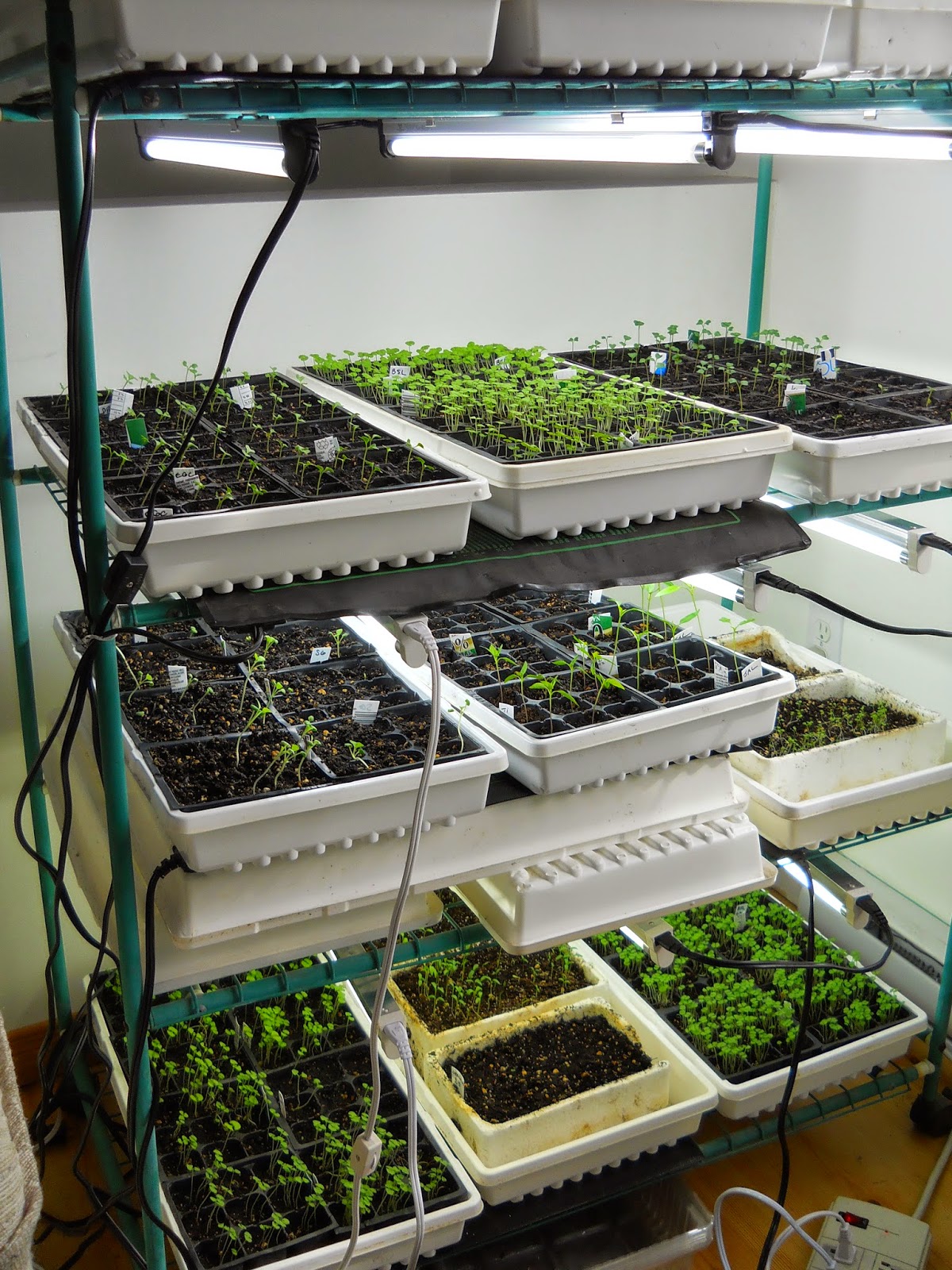 So far all planting has been done in the house, except for the experimental seeds started in the old greenhouse last week - they're not up yet.  Tomorrow, finally, we'll be starting any new seeding in the greenhouses.  The daytime temps in the greenhouses are in the teens or low 20C ) and outside ranging from -3C up to +9C during the day and down to -17C !!! tonight.  Hopefully the warm days' air will hold it all together through the cold hours. There's just so much more room out there than inside. 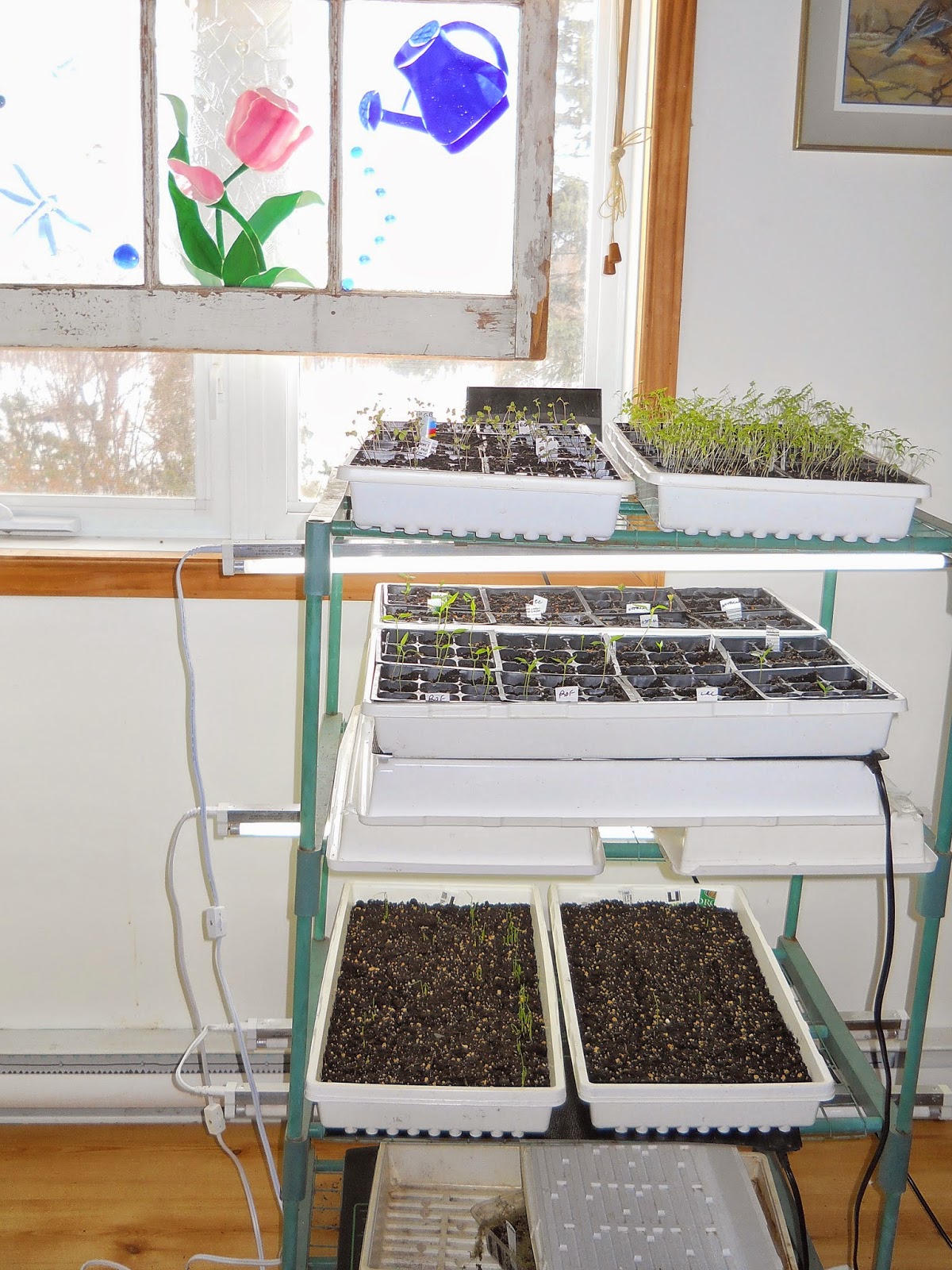 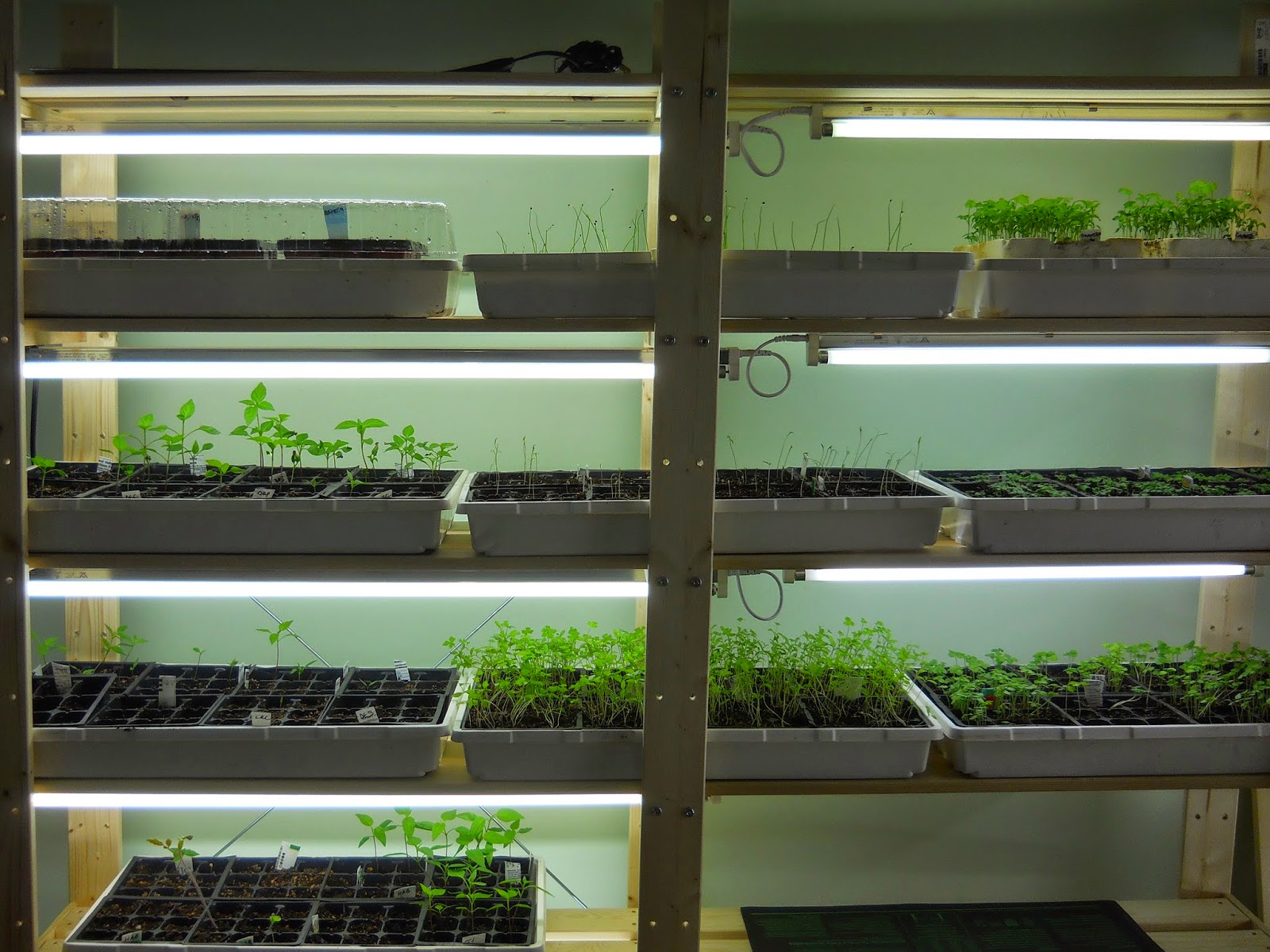 We up-potted all the ready hot peppers last week and a few more stragglers yesterday.  There will be more next week I'm sure.  Hot peppers always keep you wondering:  was the seed good?  was the soil too wet, too dry?  did you plant the seed too deep?  then voila they pop up when you were just about to toss the soil mix into your compost.

The hundreds of leeks will be ousted from the house this week which I'm sure will make them very happy.  Once germinated and up to their current height, heat isn't their friend.  The leeks, onions, mustards and pre-seeded Salad Greens will be the first to be plunked into the soil, once we can see the ground.

We started more herbs, getting ready for the North Grenville Sustainability Fair Sunday April 26 and some sweet and paprika peppers, more edible flowers and some ornamental flowers (I can't resist if I have the seeds).  We'll plant tomatoes and lots of brassicas tomorrow.  I love those early cabbages with the pointed tops, the leaves are so tender.  They are definitely meant to be eaten raw, not cooked, too delicious to cook.

Our plans include squashes of all kind, particularly the delicata which I discovered last fall from the Ottawa Market was The Most Delicious squash Ever.  You'll see us grow cucumber varieties, several colourful heirloom tomatoes, huge numbers of paste tomatoes for canning, yellow and green beans, snow peas (yum), lots and lots of herbs, carrots, beets and, of course, our ever popular washed-and-table-ready Salad Greens.

We're still accepting customers for the upcoming eatin' season and have moved into the "CSA" weekly or bi-weekly boxes for those interested.  Some of our customers want to stay on the weekly email/order list and that's perfectly fine too.  Let me know if you're in by emailing me: joanne.daybrighteners @gmail.com

I`ll report in next week, or before.  Have a great every day from now until then.
Jo